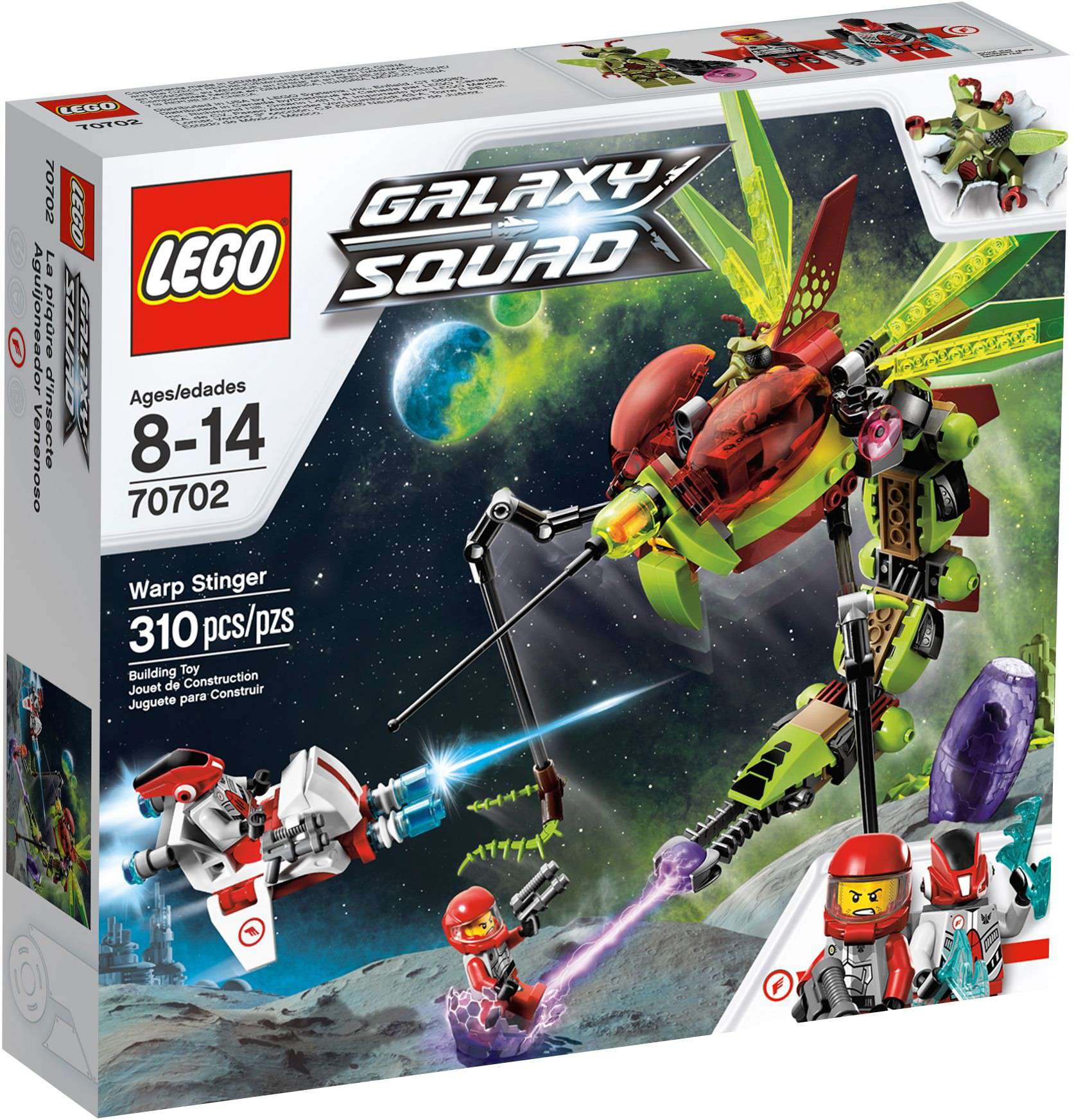 Stop the angry alien mosquitoid behind the wheel of the fearsome Warp Stinger! It’s using the Warp Stinger’s shooting function to attack the Galaxy Squad heroes. Go after it with red team leader Billy Starbeam and his speederbike! Watch out for the Warp Stinger’s sticky cocoon trap! Fire the detachable blasters and team up with his robot sidekick to save the world from those overgrown bugs! Be ready for a serious bug battle against the Warp Stinger’s cocoon, moving wings, detachable gun and shooter function. Includes 3 minifigures with assorted weapons: Billy Starbeam, robot sidekick with jet pack and winged alien mosquitoid. 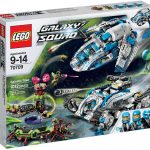 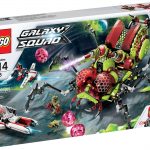 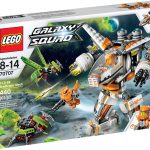 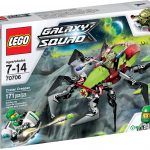