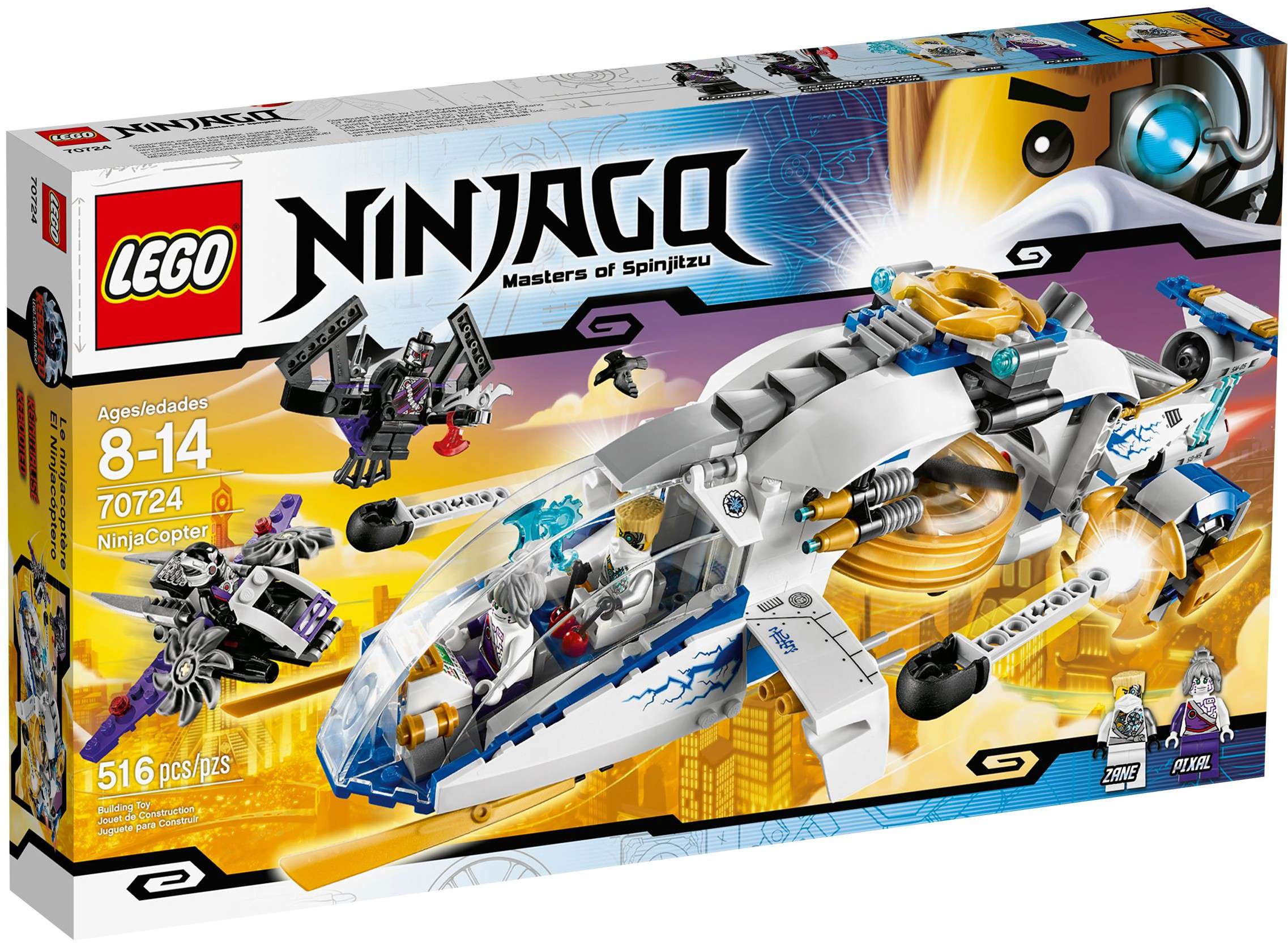 A thrilling battle is raging above New Ninjago City as the conflict for the Techno-Blades reaches new heights! Battle-scarred Zane, with his half-robot/half-Ninja face, and Pixal must work together in the NinjaCopter to outwit the attacking Nindroids. Spin the propellers and rear jet engines to soar into action. Fire the front flick missiles and rotating shooting cannons, taking care to evade the spinning saw blades of the Nindroid jet fighter. And beware _ at any moment the Nindroid may launch the attack glider to double the aerial assault! Includes 4 minifigures with weapons: Zane, Pixal and 2 Nindroids. 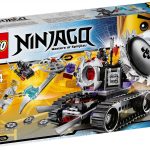 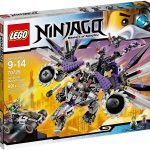